4
From Tampa to Nashville to Tampa
by: Klassika 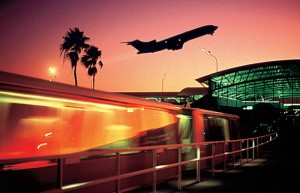 What a trip!  I am not fond of flying and less fond of airports.  To find out your plane has been delayed is never something to celebrate.  What made it worse was that the airport wasn’t able to tell us when we will leave Tampa.  The problem was our lovely tropical weather.  We had massive amounts of rain on the Friday when we had to fly.  The storms just didn’t go away.  Our plane was diverted to Orlando and had to wait for a gap in the weather to fly to Tampa.  Finally after 5 hours we left.  We arrived at our destination around 1am.

The next morning (late) we went to  Song City Studios  Dave Demay recorded and mastered our previous song ‘Just The Way You Are’ as well.   Just a bit about Dave Demay.  Dave Demay has been steeped in the music business his entire life, and his family has had a lot to do with that. Dave’s family has a rich, star-studded history, dating back to the earliest days of the Grand Ole Opry. He and his older brother Dan have both worked hard and paid their dues to carry on their family’s musical legacy. Dan has certainly made his mark in the songwriting department. He has had several cuts by major artists, like Darryl Worley, Martina McBride, Tracy Lawrence, John Michael Montgomery, Tracy Byrd, and more.

People often ask what it’s like to be in a recording studio…well, for one, you don’t sing all the time.  There’s some singing, a lot of listening, more singing and more listening.   This goes on for hours.  We fix little things here and there until everybody is happy.  It is such an interesting process.  Truly fascinating to watch a master like Dave doing what he clearly loves to do.

We recorded four songs:  Hero (Mariah Carey/Pavarotti), Your Song/Vero Amore (Elton John), Qui, Sopra La Scogliera (our original song by Luca Angelossanti) , and All Of Me (John Legend).  All four of these songs were arranged by Johan Kelber  I can’t wait to share these awesome arrangements with all of you all (this is my attempt to sound Southern….according to Chris and Clint I sound Australian when I pretend to speak with a Southern drawl…

After a whirlwind weekend in Nashville we flew back to Tampa.  Luckily this flight went without a hitch.  We had a great time but when I said goodbye to the guys I did however told them that I hope to not see them in a while.

I will probably drive Dave crazy until he has all the songs ready for us.

This error message is only visible to WordPress admins

Enter your information below to subscribe to our newsletter!
Copyright 2021. Klassika®. All Rights Reserved.